Why VoIP still has a bad reputation 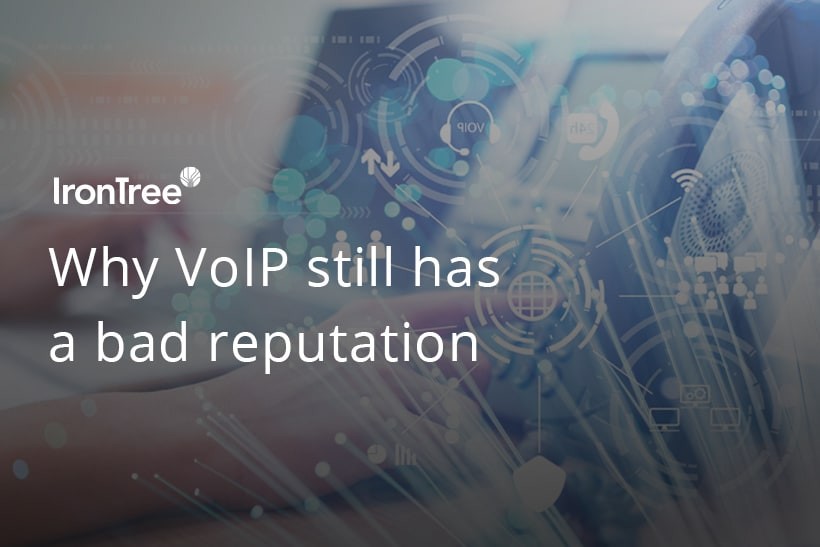 Over the past few weeks, I’ve been talking to many business owners about Voice over Internet Protocol (VoIP) and Internet telephony and noticing a similar response from most of them, to the tune of: “We tried VoIP five years ago but it was so bad we went back to fixed lines.”

There’s no denying it, VoIP has a bad reputation. But why?

Five years ago, the Internet infrastructure in South Africa wasn’t what it is now. Fibre hadn’t been rolled out on a massive scale, and 4G and LTE had only been in the country for three years.

So, the state of connectivity wasn’t up to the job and, apart from a few businesses with business fibre lines and good tech know-how, most businesses were not equipped to handle VoIP.

Despite this lack of suitable infrastructure, some early providers took a chance in bringing it to market, hoping the infrastructure would miraculously catch up in time to see VoIP perform as well as it should.

However, selling the concept to businesses without explaining the necessary internet speeds brought about many dissatisfied customers, and instead of massively improving their telephony it created a bad perception of what was in fact an extremely powerful solution.

VOIP is now a viable solution

Fast forward to today, where South Africa now has thriving fibre and mobile networks, and providers are finding themselves having to repair the damaged legacy of VoIP brought to a country too soon.

Add to this the superior calling quality of VoIP, and the fact you can access the system from anywhere, and it becomes clear that this cloud-based telephony suits the contemporary setup. With VoIP your employees don’t need to be at the office to make and receive calls on your office number.

Switching from fixed lines to VoIP has never been easier now that there are service providers such as IronTree Voice to do the heavy lifting for you. Even though most internet setups in South Africa are now suitable for VoIP, IronTree still performs an internet audit for your business and recommends changes, if necessary, to optimise your internet telephony experience.

You then fill out a few forms about what you want from the service and IronTree sets about building your PBX. During the building phase logins are created for each person needing a phone, and the required hard-phone devices are preconfigured so that when you receive them it’s a matter of ‘plug-and-play.’

VoIP comes with a host of benefits which you can check out here. You can also book a chat with me to see how IronTree Voice can improve your business straight away.

Find out how much you can actually save by using our simple calculator.